French Connection is a fashion chain that was battling other fashion chains in the UK.   None of them stood out from the rest of the crowd.   That is until 1997 when the CEO Stephen Marks decided to try and break from the crowd and stand out.   His goal was to make his company one of the most talked about brands.   But how could he do this? END_OF_DOCUMENT_TOKEN_TO_BE_REPLACED

“I think they are singing our song”

Somewhere in the country right now, someone is on their cell phone with their head cocked to the side with one finger on the antennae saying “Can you hear me, can you hear me now.”   At the same time this is happening, a man is coming up for a speech in front of a large audience and grabbing the microphone.   Instead of saying, “Testing, one, two, three” he is chanting the slogan for Verizon Wireless.   “Can you hear me, can you hear me now” and it is being met with laughter from the crowd and from Verizon, as they go to the bank.  END_OF_DOCUMENT_TOKEN_TO_BE_REPLACED 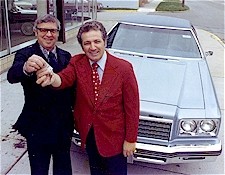 Joe Girard is born during the 1929 depression in one of the most deplorable ghettos in Detroit city. Joe has a difficult relationship with his father. At a very young age, Joe starts shining shoes of people in salons. He has a tough childhood. But even though Joe comes from a poor background and has a hard start, he becomes really successful.

How successful does Joe become?

People actually lineup to meet Joe, so that he can sell them cars. A long queue is always noticed in front of Joe Girard’s dealership on every Saturday morning. Joe Girard sells more cars individually than most dealers sell in total. He sells an average of 6 cars everyday, throughout his selling career. In all, He sells 13,001 cars during his selling career… all at retail. 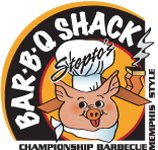 Mike Stepto’s Bar-B-Q Shack in Evansville , Indiana has some great food.   You can’t drive bye his location without the smell of Memphis Style Barbecue trying to seduce you off into his parking lot.   One of the things Mike wanted to do was to grow his catering business, but wanted to make sure that diverting his marketing dollars didn’t cost him any of his restaurant business.   Mike got the idea from another restaurant owner out of town that would make this possible. Mike sent out a direct mail piece to local businesses that said: 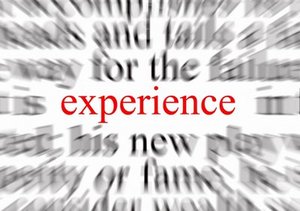 Perception is reality! That statement rings true, as it runs throughout the business of marketing. People make their decisions on ‘their’ reality. As a company, it is important that you have a good perception out there, creating all of these realities. One way to change things up is to create an experience.

Can you take your product, or the way you do business and make it into something more then what it is? Knock the personal experience factor through the roof. People pay big bucks to have the Experience of a Lifetime, use this to your advantage.

END_OF_DOCUMENT_TOKEN_TO_BE_REPLACED 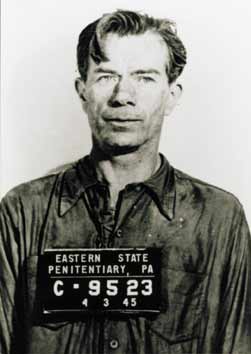 It is very often that we define our own limitations by how we describe the problem.

It’s a shame that in our industry, we describe our business as warfare. I understand the comparison. I have used them myself earlier in my career, but in the minds of our sales and marketing people, we are preparing them for battle. In warfare, you have a winner and a loser.   We set our people (and our customers) to deal from the mindset that someone is going to win…and someone is going to lose.

END_OF_DOCUMENT_TOKEN_TO_BE_REPLACED

1970s is known as the decade of revolution. Neil Armstrong has jumped on the moon just a year back. The first test tube baby is born. Intel introduces microprocessor that revolutionizes the computer industry. There is advancement on the civil rights front. The neutron bomb, which destroys living beings but keeps buildings intact, is developed. The Beatles breakup and Elvis dies. Everything is undergoing change. So it came as no surprise when the women’s hosiery market underwent a revolution too. END_OF_DOCUMENT_TOKEN_TO_BE_REPLACED

Ralph Waldo Emerson is regarded as one of America’s most influential philosophers.  He will not be remembered, though, as an entrepreneur.

Emerson’s best known quote is: “A man can write a better book, preach a better sermon, or make a better mousetrap than his neighbor, though he builds his house in the woods the world will make a beaten path to his door.”

But, Ralph was wrong.  Better mousetraps are built every day.  And every day another inventor goes bankrupt waiting for the world to line up at his door.

Why?  Because the world doesn’t even know the inventor has a door.

And Kevin Costner’s “If you build it, they will come,” will leave the inventor just as disillusioned, and just as broke.

You see, the world of commerce doesn’t turn on technology, but rather on benefits.  People don’t want quarter-inch drills, they want quarter-inch holes.  They don’t want to order on line.  They want to never stand in line.  People don’t much care about you, or your invention, until they understand how it’s going to make a difference in their lives.

If you don’t want to end up with a warehouse full of unsold mousetraps, you have to let the people of the world know that you have a better trap, why they should buy it, and where your door is.

That’s what marketing is.  Telling the world about your new and improved mousetrap.

It’s a given in media placement that frequency sells, and that repetition is critical to advertising success. A single exposure of an ad is “reach” – defined by the number of people who’ve had the opportunity to be exposed. More exposures to the same ad for those same people are “frequency.”

Media planners will tell you that a weekly frequency of “three” is essential. So, when budget constraints force them to trade some reach for additional frequency, they do so without argument.  And for most ads, this is prudent thinking. Why? Because the average ad is… average. Nothing special. And announcements with lesser salience necessarily require more repetition to have an effect on their audience.

Let’s look at this one which ran during this year’s Superbowl:

How much frequency did Denny’s need to get this message out? A frequency of one. They purchased astronomical reach, and a single exposure. Now, truthfully, there was follow up exposure (frequency) over the next few days, which acted as a “Yes, you heard right” reminder. And an estimated two million people crowded into their restaurants on February 3 between 6am and 2pm.