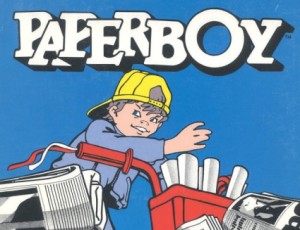 Some years ago, a young 12-year-old kid named Michael in Houston wanted to earn some extra pocket money. He decided to become a paperboy. He went down to the paper where he was given a bundle of papers and a list of names selected randomly that didn’t have a subscription to the paper yet. The people were scattered all over the city.

Young Michael’s job was to get the people on this list to become subscribers. He did manage to get a few subscribers here and there, but nothing to boast about. But soon, he saw a pattern emerging.There were two categories of people who were much more likely to buy a subscription to a newspaper than any one else.

1. People who had just moved to a new house

2. People who had just married

These peoples life had just gone through a major overhaul and thus they were most keen on buying goods and services including newspaper subscriptions. Once Michael discovered the pattern, he started thinking of ways through which he could contact these people and these people only. He asked a few people around. And he did receive an answer: the local courthouse.

Michael than hired a small army of other 12-year-old kids to go to the local courthouse everyday to find out the contact information about everyone who had just purchased a new house and who had applied for a marriage license.

Michael then spent all his time and energy in selling the subscription to these people who were more prone to buying. His list of potential buyers had gotten smaller. But his number of sales had increased. He was making more sales than people who were thrice his age!

By the time summer was over, Michael was earning more in commission than his school teachers!Today Michael is a billionaire. And he became rich because he learnt the lesson early in his life: to sell to a targeted segment market.

°    Don’t try to be all things to everybody. Focus on a target audience that is most prone to buying your products.

°     After you win one market segment, you can move on to the next one.